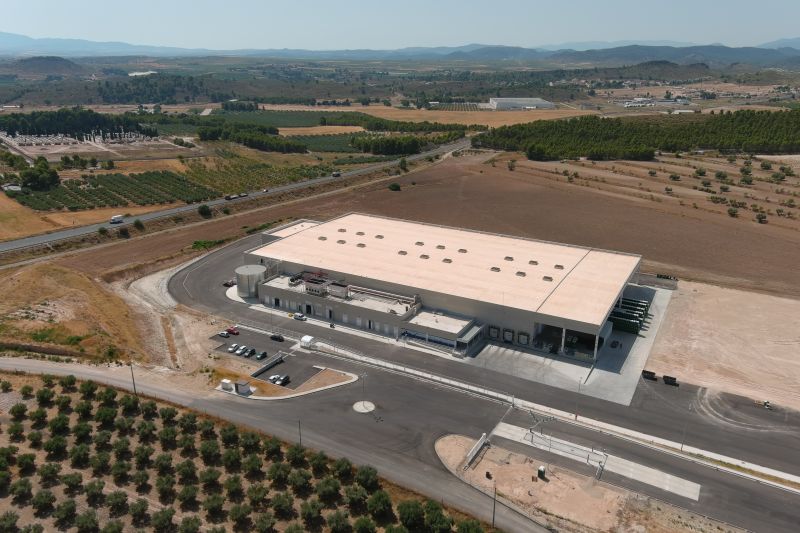 Probicasa, located in Calasparra (Murcia), is one of the largest canning companies in the Northwest of the Region of Murcia. It was acquired in 2014 by the French group Andros and has grown exponentially in these 8 years, going from 2 million kg of fruit production to the current 30 kg, with a turnover that exceeds €30 million.

Nowadays, the company employs about 120 workers. “The french company Andros has invested more than €35 million in these years in Calasparra. We are currently expanding the facilities,” says its director, Ángel Hernando Rojo.

Probicasa is dedicated to the transformation of citrus, strawberries, apricot, peach, pome fruit such as apples and pears of Spanish origin to make jams, desserts and juices. Almost all its production is exported to countries such as France, mainly, but also to Germany, Poland, New Zealand or the United States, and they are behind some of the most recognized brands of jams and juices that we can find on supermarket shelves in these countries.

The company has new facilities of 160,000 m2 in the area of La Traviesa in Calasparra, a process in which it was assisted by the UNAI (Investment Acceleration Unit) of Invest in Murcia, and which allowed the company to reduce by 50% the time in the administrative processing of its investment project.

“These are large facilities for storage and freezing of products. They’ve been built with the idea of continuing to develop and grow according to the needs of the company. We have good communications. We believe we are in a good location,” explained Hernando.