The private investment managed by INFO climbs up to 2,190 million 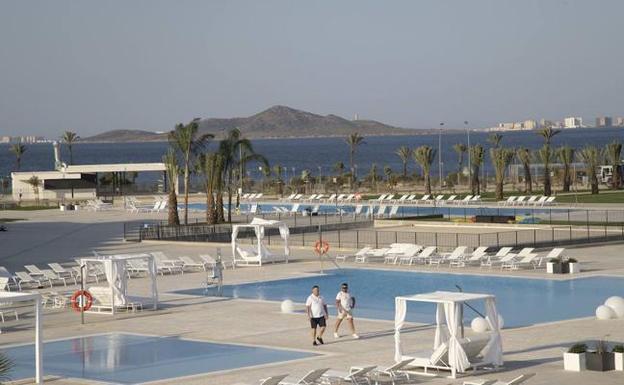 The capital of the 51 projects managed so far this year multiplies by 2.5 the amount of all those received during 2019

The attractiveness of the Region of Murcia as a recipient of private investment earns integers as time goes by, judging by the portfolio of projects in which the investment department service of the Instituto de Fomento (Info) currently works.

Until last July 7th, there were 51 private investment projects in the hands of Info, with a job creation of 2,739 jobs and a global investment of 2,190.6 million euros, a figure that multiplies by 2.5 the amount managed at throughout the past year, according to data provided by the director of this agency under the Regional Ministry of Business, Diego Rodríguez-Linares.

There were already an increase in last year’s projects, but so far in 2020, the increase has soared, and this despite the paralysis of activity caused by the pandemic and the state of alarm.

Sixty-six were the projects in which Info worked in 2019, with a total expected investment of 866.7 million and the creation of 2,376 jobs, according to data in the Institute’s memory last year.

The projects of local companies and the rest of Spain predominate and among foreigners those of the United States, Israel and the United Kingdom stand out, followed by other European countries such as Germany, Holland, Belgium, France and Portugal.

The industrial sector stands out, especially the production of photovoltaic energy. A total of 26 solar plants requested the assistance of the Instituto de Fomento to settle in the Region last year

Regarding the sectors, especially the industrial one stands out, and more specifically the projects for the installation of solar plants, confirming the Region of Murcia as one of the preferred destinations for the production of photovoltaic energy. A total of 26 solar plants requested the assistance of the Info in 2019.

Of the 66 projects managed last year, the investment of 28 of them was confirmed with a total capital of 410 million euros and the creation of 819 jobs. In addition, the works of ten projects from previous years were completed.

Among the main investments made in 2019 are several solar plants, but also the new factory of the multinational PepsiCo for Alvalle in Alcantarilla and the one made by the English Neilson Active Holidays at the Hotel Mar Menor Beachclub.

Rodríguez-Linares celebrates the good results achieved by Info in attracting investments, since it constitutes one of the priorities established by the Regional Minister for Business, Ana Martínez-Vidal, upon her arrival to the position.

In this chapter, the work of the investment acceleration unit (UNAI), whose purpose is to streamline the administrative processing of larger projects, is essential. In 2019, UNAI received 47 requests for assistance, 74% more than in the previous year.

Of the activities carried out last year by Info, the financing of R + D + i projects also stands out, for which it employed 13.4 million that favored 251 companies. The Info managed to mobilize in 2019 among all the aid lines and programs a total of 248 million with 2,725 business projects benefited.