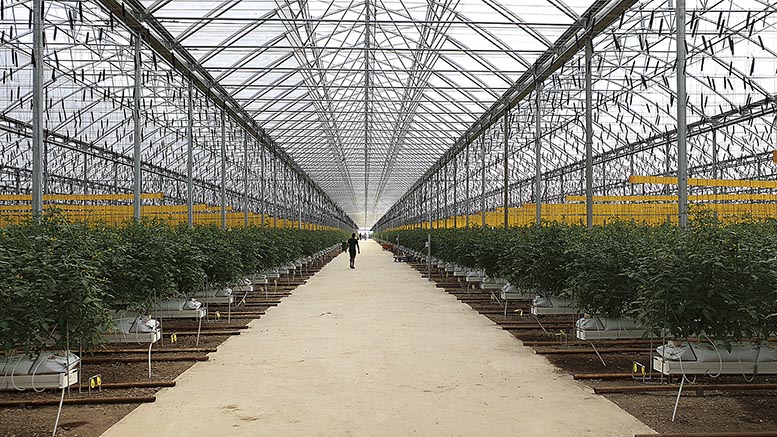 The company Looije in Águilas, specialized in tomatoes cherry, announced the expansion of its facilities with a new greenhouse in El Cocón. It will start operating immediatedly and will allow the firm to increase its workforce with 60 more workers.

The expansion of the company began in 2019 with the start-up of a greenhouse in the Águilas. Now they have just finished the work of the second, which has 7.3 hectares of land. “We need agricultural workers in charge of collecting our tomatoes, removing leaves, lowering, rolling, peeling and decotching plants. At the moment we do not plan to continue expanding facilities, since we have several plots of land in both Águilas and El Cocón,” he adds.

Looije closed 2021 with a year-on-year growth of 19%, according to the company, while in 2020 they reached a 14% increase. These data have also been linked to the development of their exports and the entry into new markets such as Scandinavia and Eastern Europe or more exotic destinations such as the United Arab Emirates. In this sense, it is estimated that the presence of their tomato cherry is already around 20 countries in Europe and the Middle East, with Germany, the Netherlands, Spain and the United Kingdom being the most relevant markets for this company, based in the Industrial park ‘El Labradorcico’, in Águilas (Murcia).

Looking ahead to 2022, Looije’s objective is to preserve such positive data, despite the difficulties that have arisen in recent times, such as the expansion of the coronavirus, the economic slowdown derived from the pandemic or the sharp increase in a multitude of production costs.

With its origin in the Netherlands in the 40’s, Looije arrived in Spain in 1998, in search of the sun that the northern sky can’t provide during the winter months. The company grew gradually until the constitution, in 2010, in the Organization of Producers Looije S.L., with a total of 13 farmers from Almeria, Granada and the Region of Murcia.