Murcia points out on the investment map with incentives, streamlined procedures and emerging areas 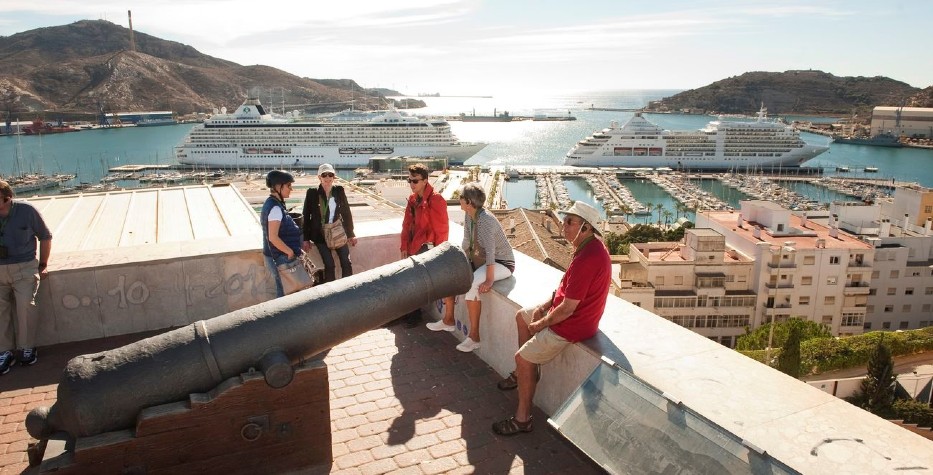 Factors such as plastics R&D, powerful logistics and university talent attract the implementation of multinationals such as PepsiCo, Capgemini or Amazon

A crew of robots will manage from the municipality of Corvera the shipments of products that Amazon makes to the southeast of Spain and southern Europe. The creation of the second logistics plant of the ecommerce giant in Murcia is part of the pull that the Region acquires on the foreign investment map.

In fact, the regional analysis of the distribution of Foreign Direct Investment (FDI) flows, developed by the specialized consultancy firm Sifdi, highlights only three regions – behind Madrid, at the top of the table – that in 2020 improved their records compared to 2019: Extremadura, the Basque Country and Murcia.

The figures for attracting investments managed by the INFO are no coincidence. Through its portal ‘Invest in Murcia’ has opened the doors to more than a thousand projects, with an amount of approximately 31 billion euros and the creation of 61,000 jobs.

To achieve one of the highest conversion rates in Spain, 23.5%, which in the last 5 years has risen to 35.3%, the development agency has had to weave a network of services oriented to the attraction of investments.

THE TOOLS OF TERRITORIAL MARKETING

“It is an advantage to be in Murcia because of the closeness offered by public institutions, universities, access to finance and talent,” says Roy Torgersen, CEO of Nido Robotics, one of the most awarded technology startups in the Region. The Norwegian entrepreneur decided to create his underwater robots on this shore because of the  282 kilometers of Murcian coast to the Mediterranean. “We have the possibility of attracting very leading talent,” he says of that spiral of specialization, aid and research that captures more and more investments in his propeller.

The INFO cemented its own ‘territorial marketing’ strategy more than three decades ago, driven by ERDF funds. The first milestone was the implementation of General Electric Plastic, the largest industrial investment ever made in Spain in the 1980s.

From this experience was born the Investment Acceleration Unit (UNAI), which halves the time of administrative procedures, and centralizes them in a single registry.

Another pioneering initiative of the INFO is the toolkit called ‘InvesTools’, with digital solutions to find all the information that a foreign investor may need to choose the site, offer jobs or locate competition, among other resources.

THE HOOKS OF CAPITAL

“The Region has a hook because it has a lot to contribute: powerful universities, a benign climate and a great capacity for adaptation and creativity,” says Bruno Dureux, an investor and mentor of companies.

Among its attractiveness, the concentration of talent stands out. Within a radius of 150 kilometers, it brings together 7 of the 81 Spanish universities. Along with 94 professional colleges makes up 120,500 qualified professionals available to companies each year. This has been one of the reasons that has attracted firms such as the technological Everis, which started its project with 70 employees and already has 1,500 in Murcia.

The companies also find one of the largest offers of industrial land organized in 81 parks with an average price of around 70 euros per square meter. With tools such as findyoursiteinmurcia.com it is possible to choose between the network of offices, commercial premises or industrial buildings. Murcia also has the second largest road transport fleet, the port of Cartagena and the Region of Murcia International Airport.

One of the main incentives is the catalogue of financial aid, which can reach up to 45% non-refundable grant. Each year INFO helps boost more than 600 companies through accessible grants and credits.

“The video game sector has highly talented initiatives in the Region, and very attractive startups for online commerce,” says Javier Fernández, the Director of Financing and Startup Strategy at Innoventures Capital.

As rising sectors in Murcian territory points to sports, health, biotechnology and digital solutions for tourism. These emerging areas come to diversify the powerful regional muscles of the agri-food and tourism sectors. In fact, 20% of Spanish fruits and vegetables arriving in European supermarkets have grown on Murcian soil. With the strength of its dynamism, the Region has developed a strong research ecosystem related to agricultural methods and water optimization, which has led to a frantic technology export activity. The same energy has insuffered the Murcian logistics sector, which has the largest fleet of refrigerated trucks in Spain. The port of Cartagena and the projects of the two Logistics Activity Areas, one in Murcia and one in the port city, reaffirm their strategic value within the Mediterranean arc.

In tourist matters, the offer has diversified beyond the beach incentive with a network of nautical bases, archaeological routes, sports proposals – from diving to climbing and hiking – to the commitment to gastronomic quality.

If there is one sector that will stand out for its innovation, it is plastics, with research projects supported by European funds for the reuse of one of the materials that needs greater management worldwide. Along with furniture, footwear and construction, the area of technological services for companies has been profiled as a job builder.

– ANNUAL FDI REPORT. The consultancy Sifdi, specialized in strategic intelligence and advice on foreign investment, has already published its annual report on Foreign Direct Investment (FDI) in Spain. Murcia stands out among the four regions that increase the inflow of foreign capital.

– INVEST IN MURCIA. A critical tool for those looking to settle in the Region or expand activity. With dynamic and interactive maps, this platform saves steps when it comes to making the best decision about where to locate and knowing the advantages of each location.